No products in the cart.

No products in the cart.

In 2014, The Best of Porto Alegre guide was elected the best editorial publishing release in Brazil by National Editors and Technic, Directed and Specialized Publications Association .

In 2016, we won the Golden Trophy again from Anatec on the category Release of the Year.

The prizes from Anatec were delivered at the ceremonies that happened in São Paulo. 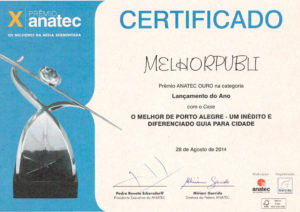 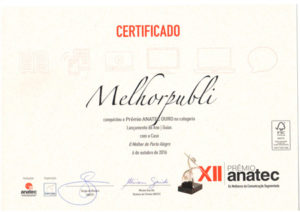